Redistricting is the adjustment of school board election district boundaries to account for population shifts. It is the way in which we change districts to determine who represents us. This is NOT the rezoning of schools, the change is only to the boundaries of school board members.

Redistricting is required after each decennial census and adjustments are based on current census data.

When do the new districts go into effect?

The SFPS Board will adopt new board member districts by December 2022.

How can I provide feedback? 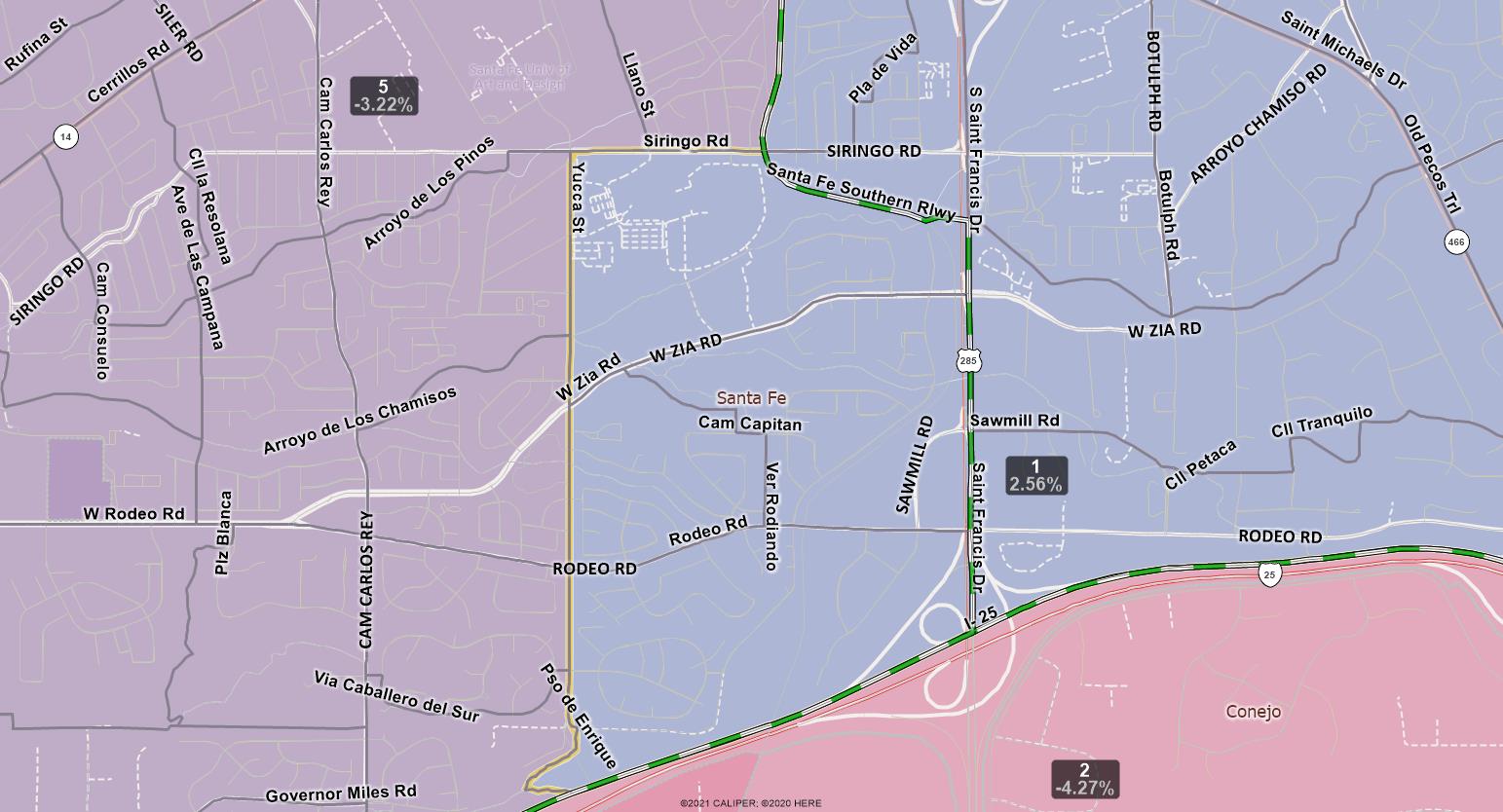 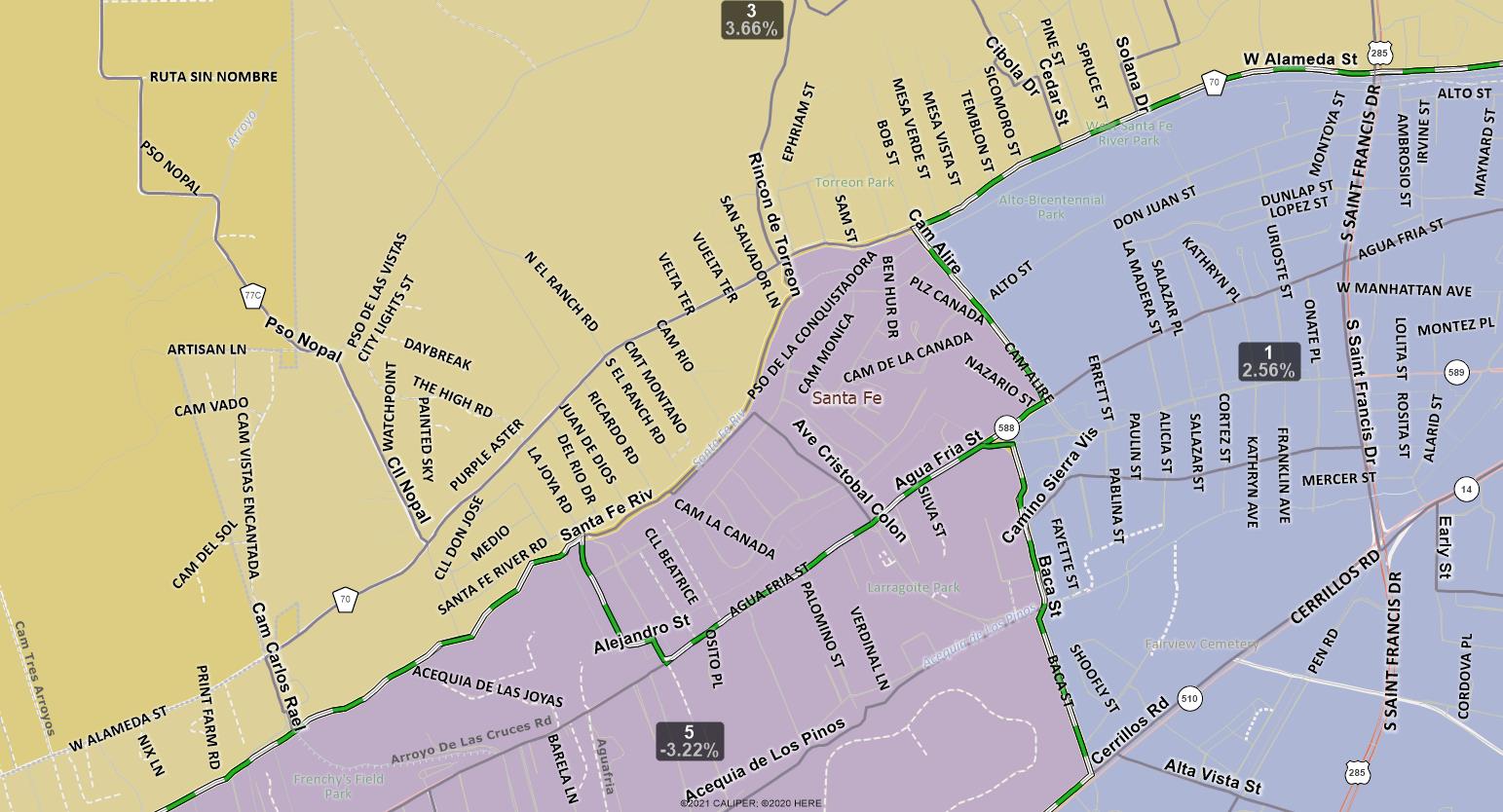 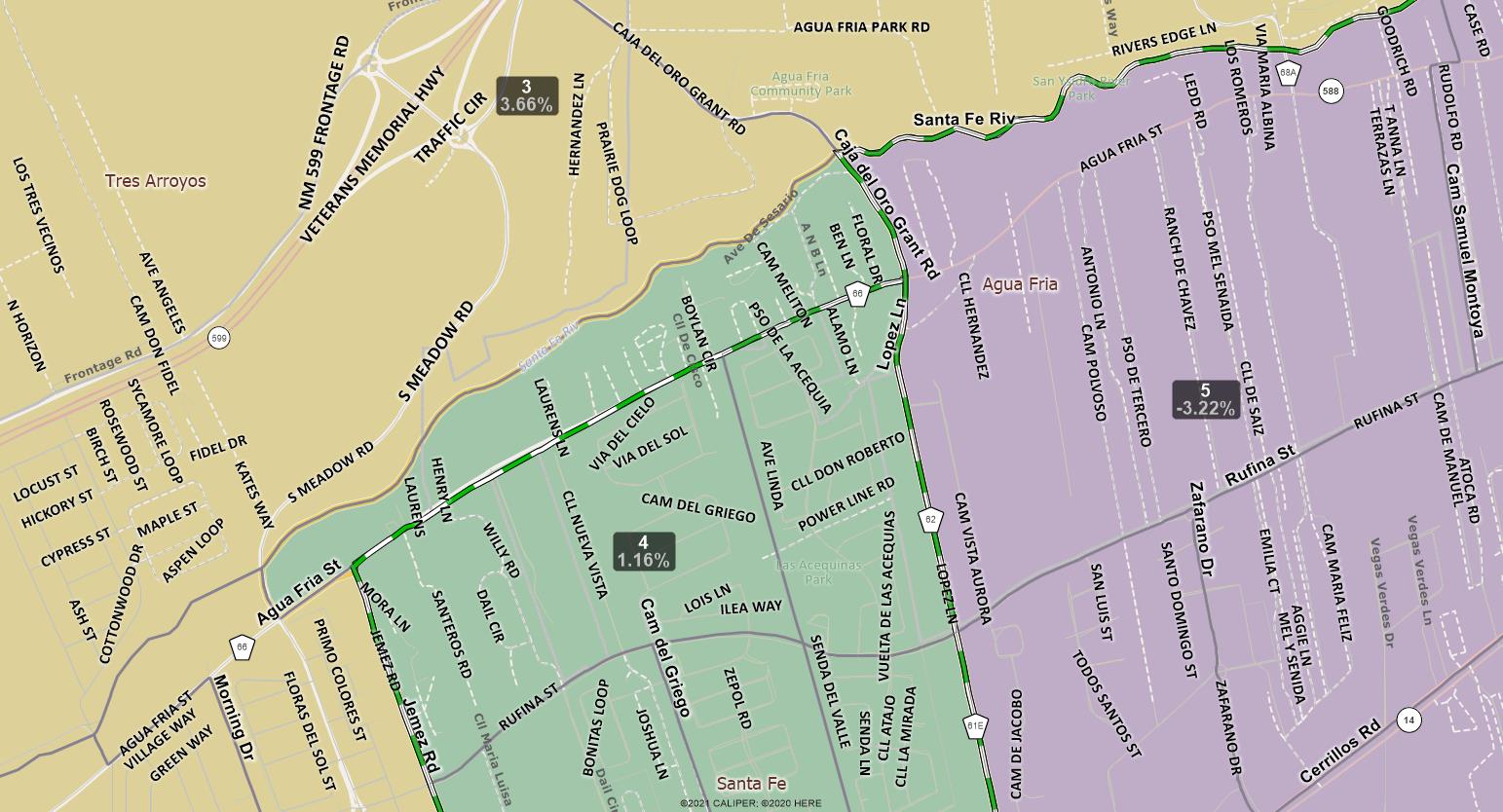 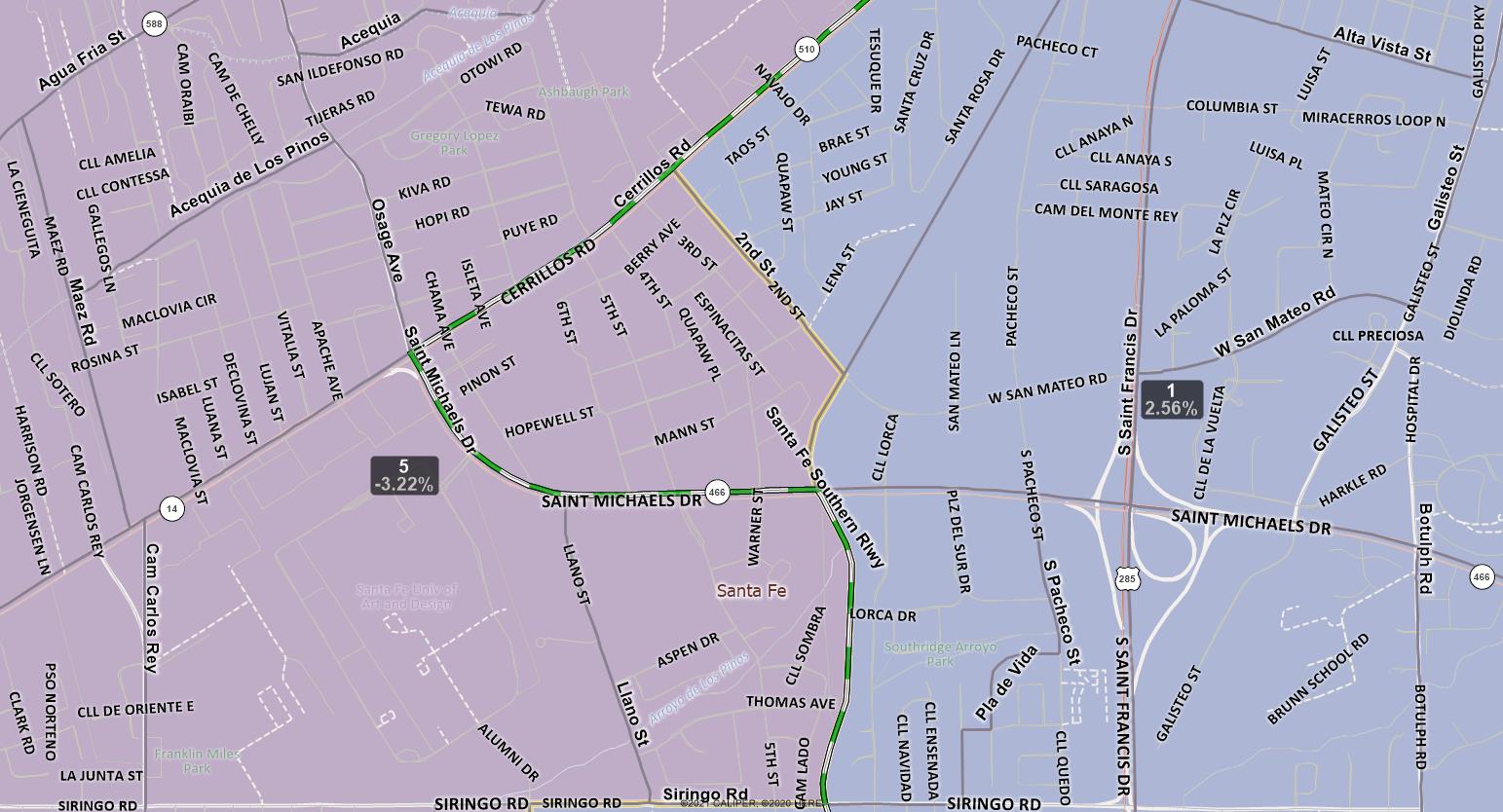 The goal of Concept A is to minimally change the boundaries of current districts to equalize the population and retain two Hispanic-majority districts.

Under current districts, District 3 is too large and needs to lose population. In Concept A, District 5 takes in that additional population and keeps the entire boundary between Districts 3 and 5 along the river.

Concept A also works to maintain two Hispanic-majority districts by moving one precinct between St Michaels and 2 nd St from District 1 into District 5. This requires the southern part of the boundary between Districts 1 and 5 to shift west from St Francis to Yucca St to keep the population equal.

The changes to current districts under Concept A are as follows: 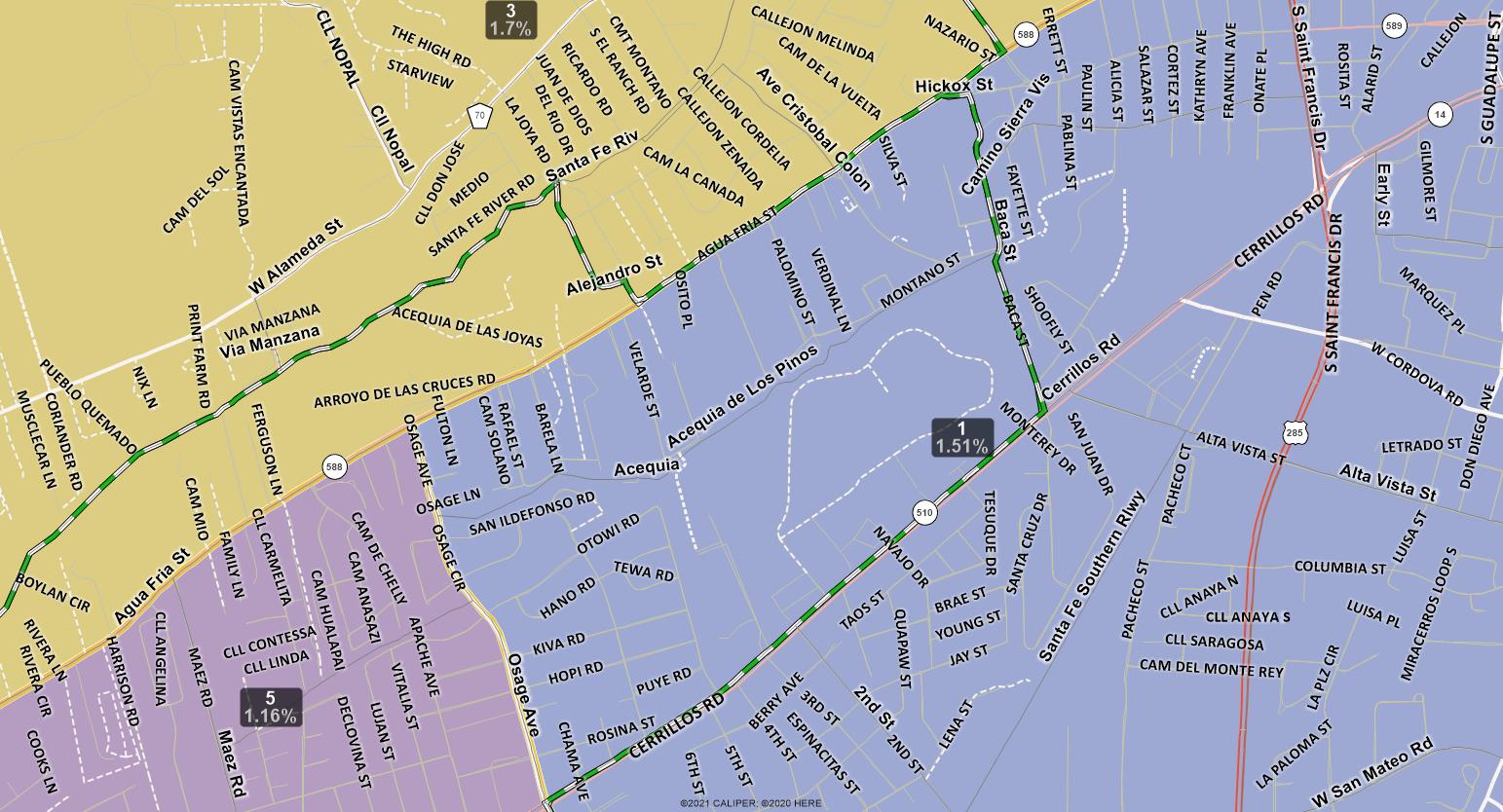 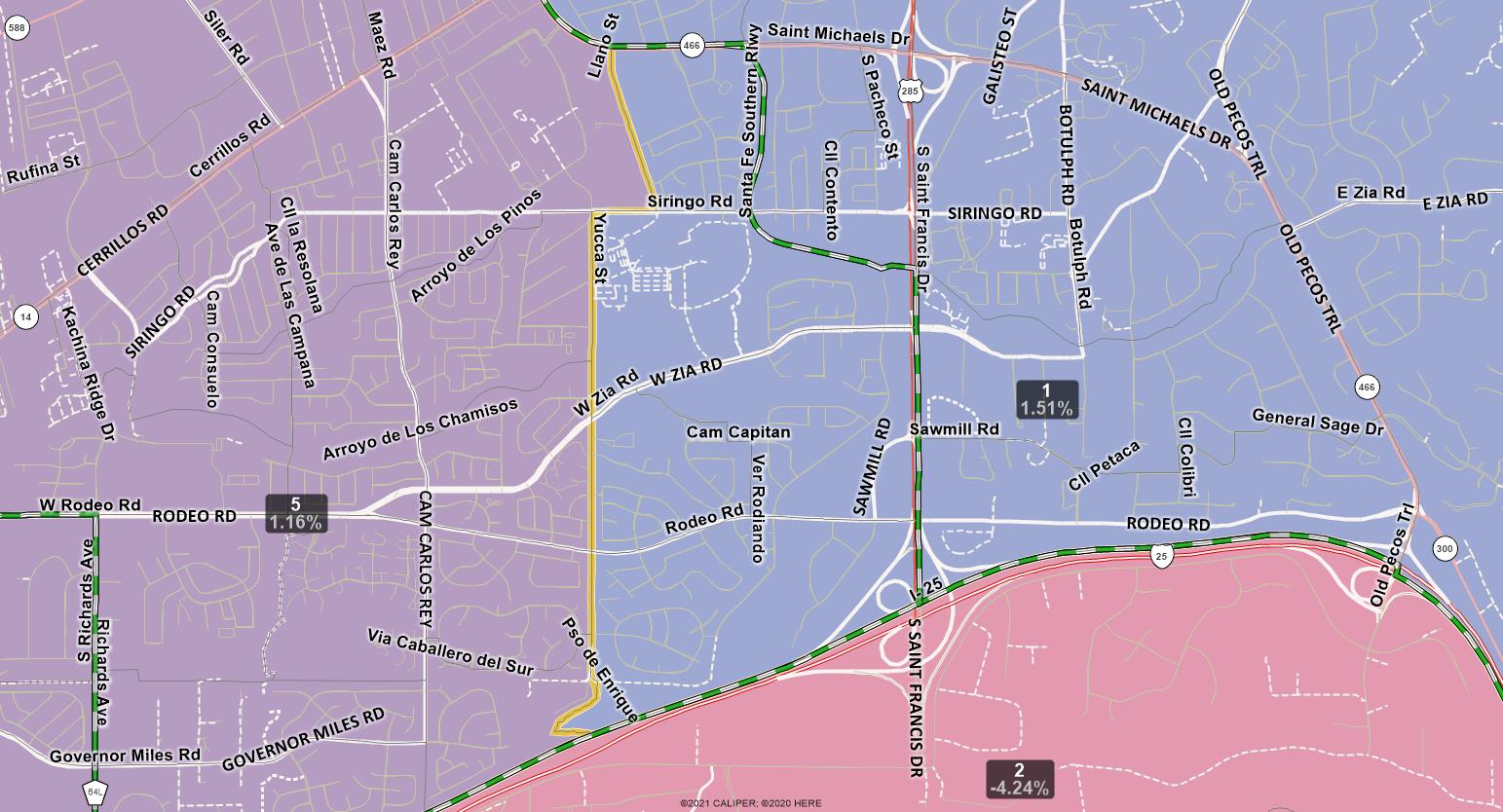 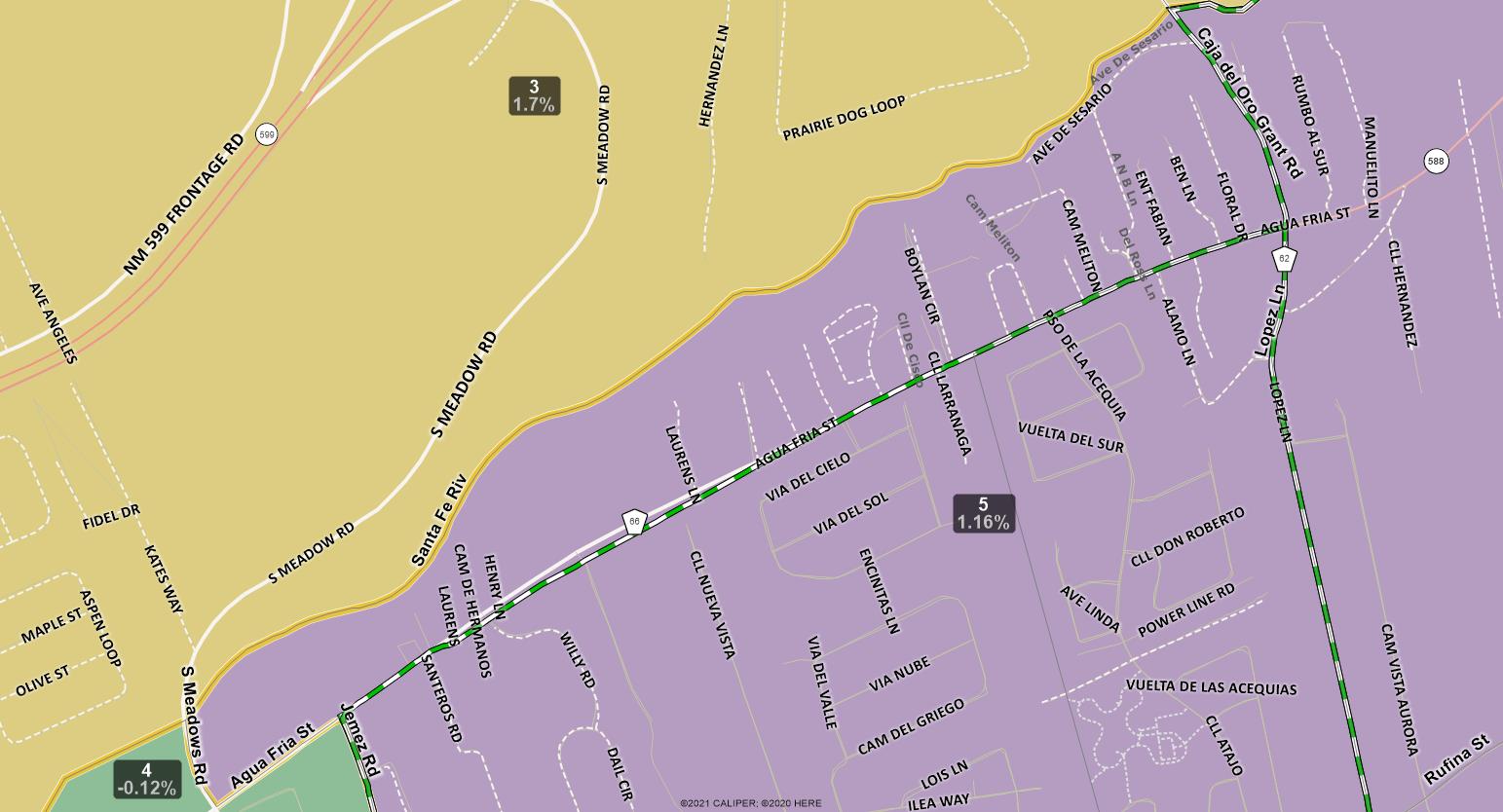 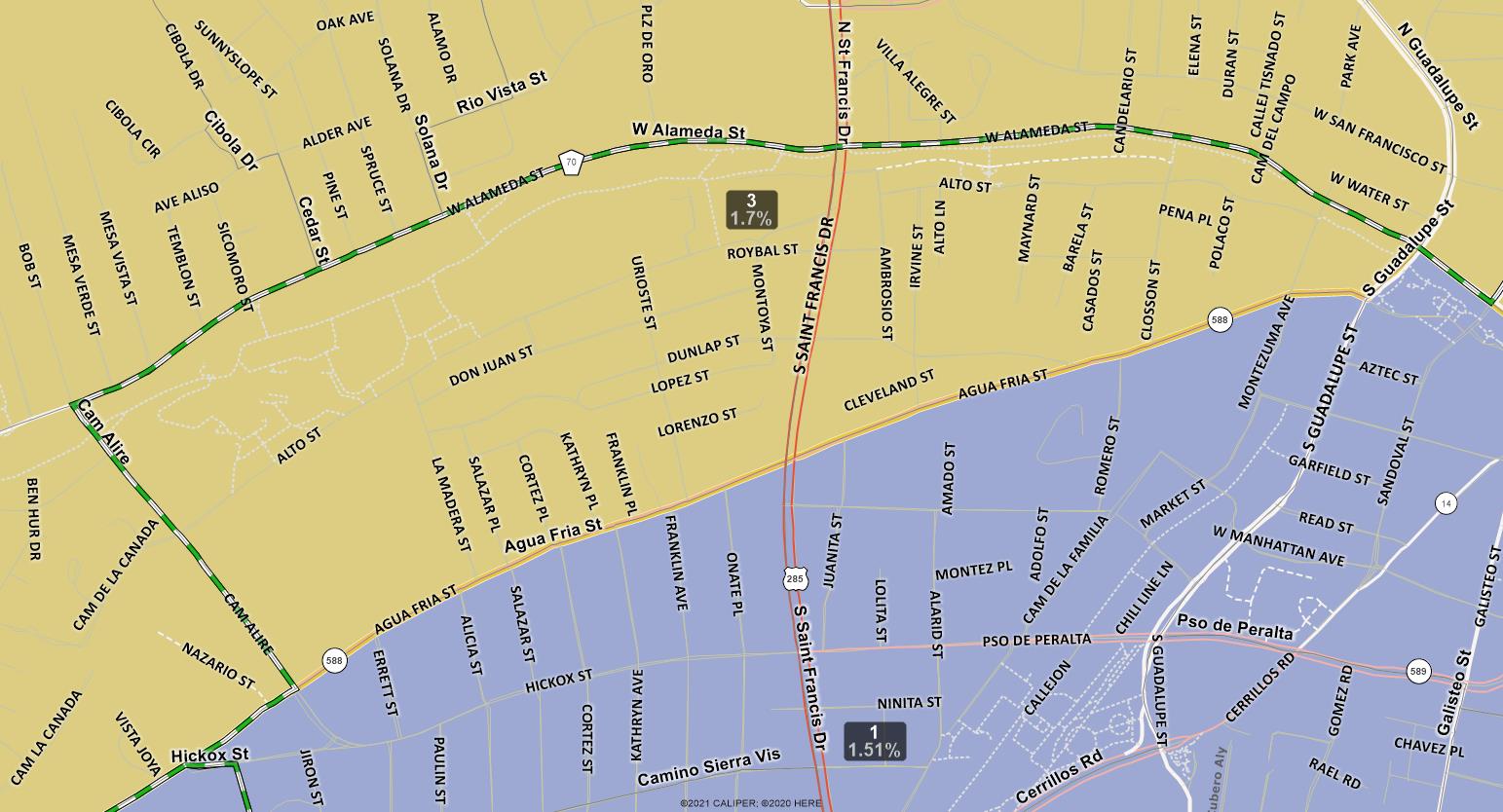 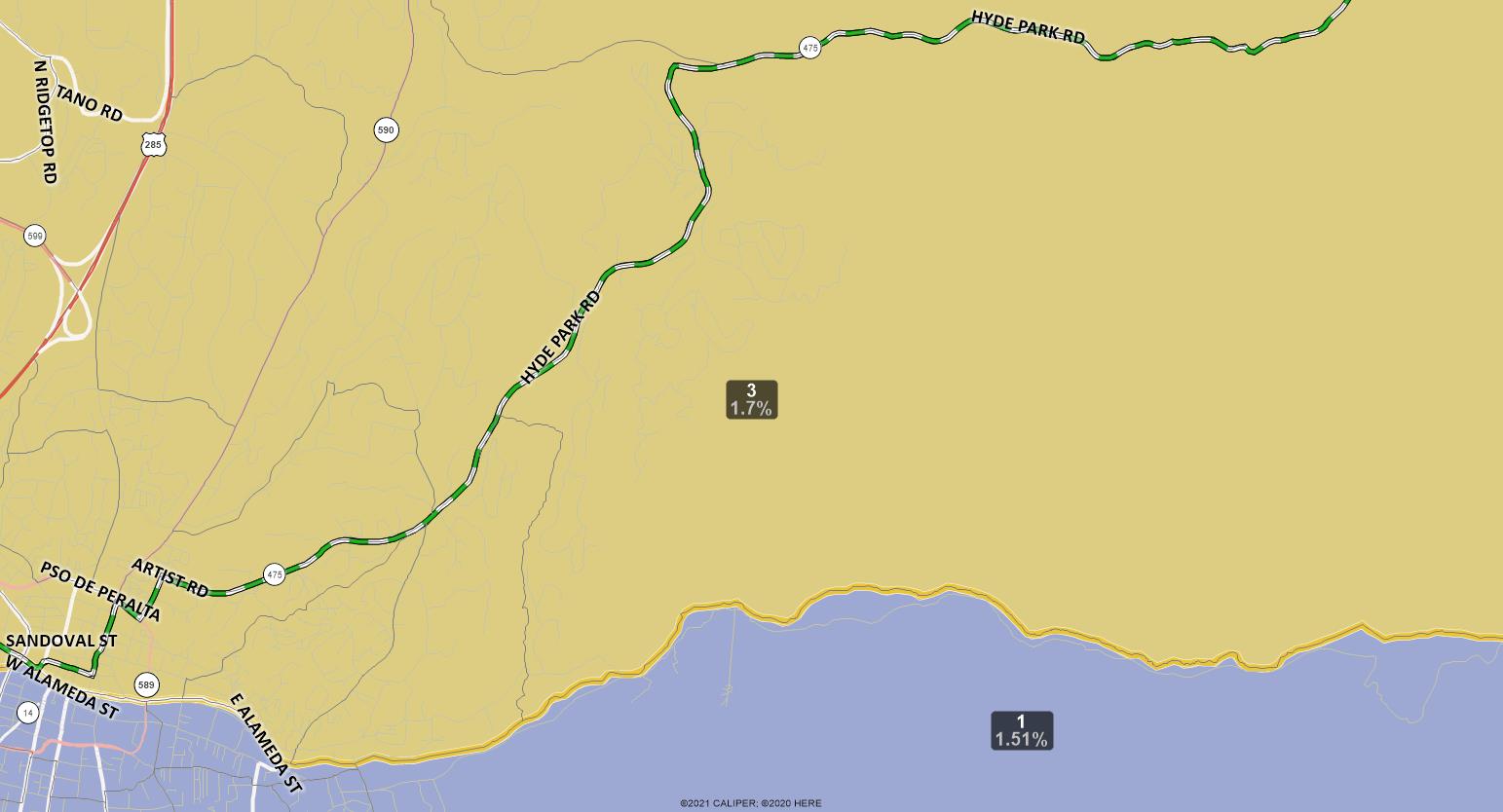 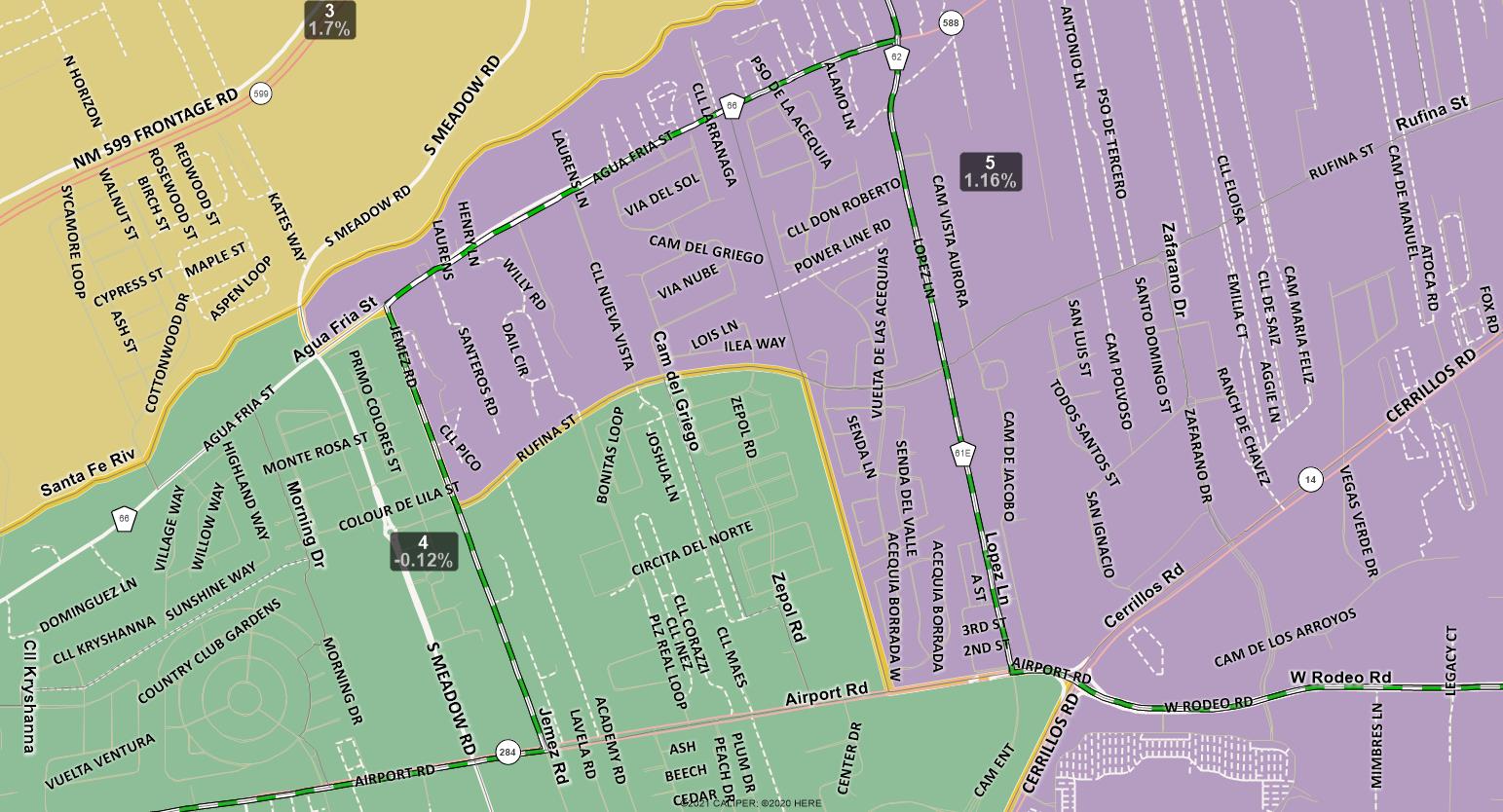 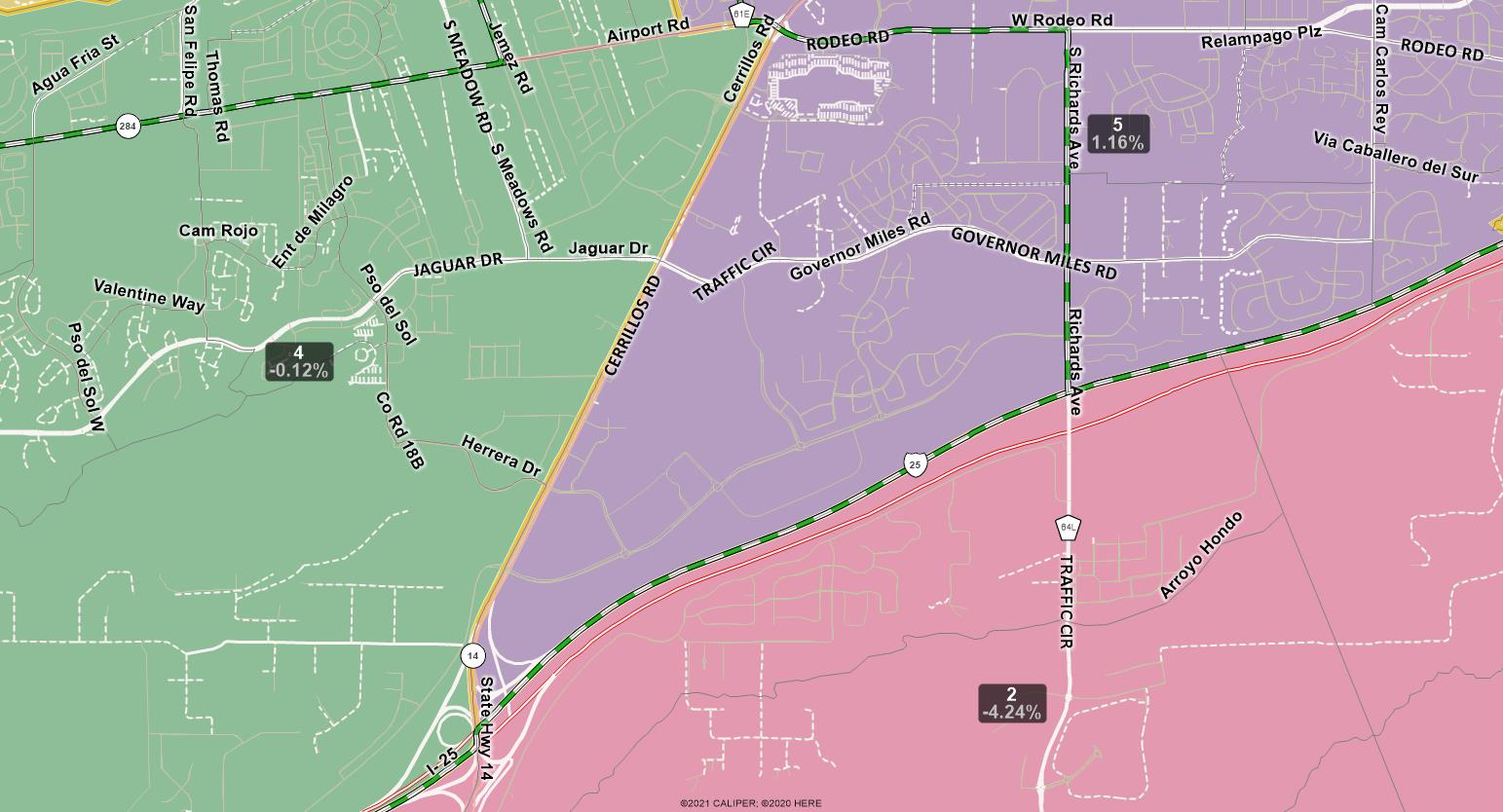 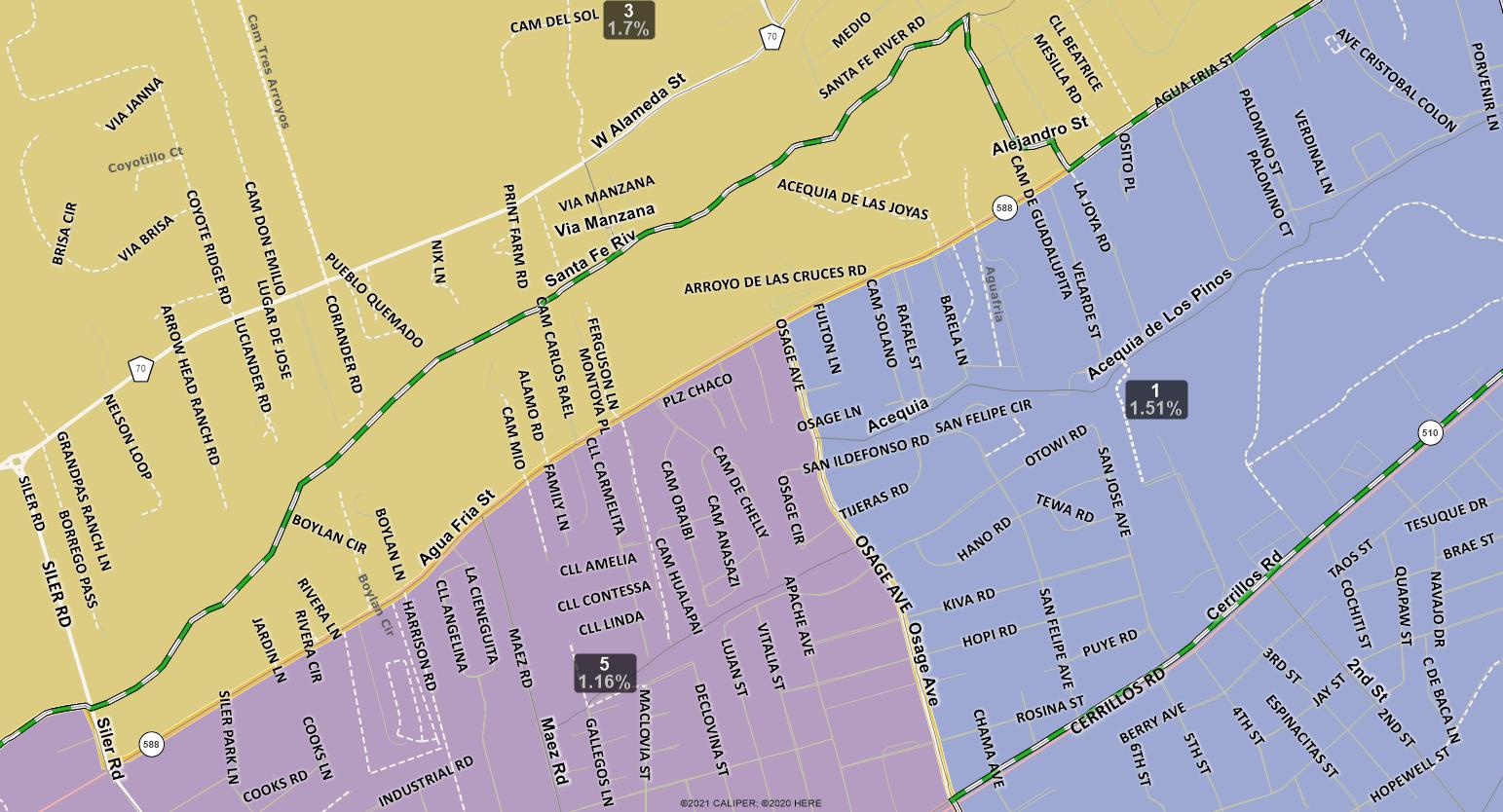 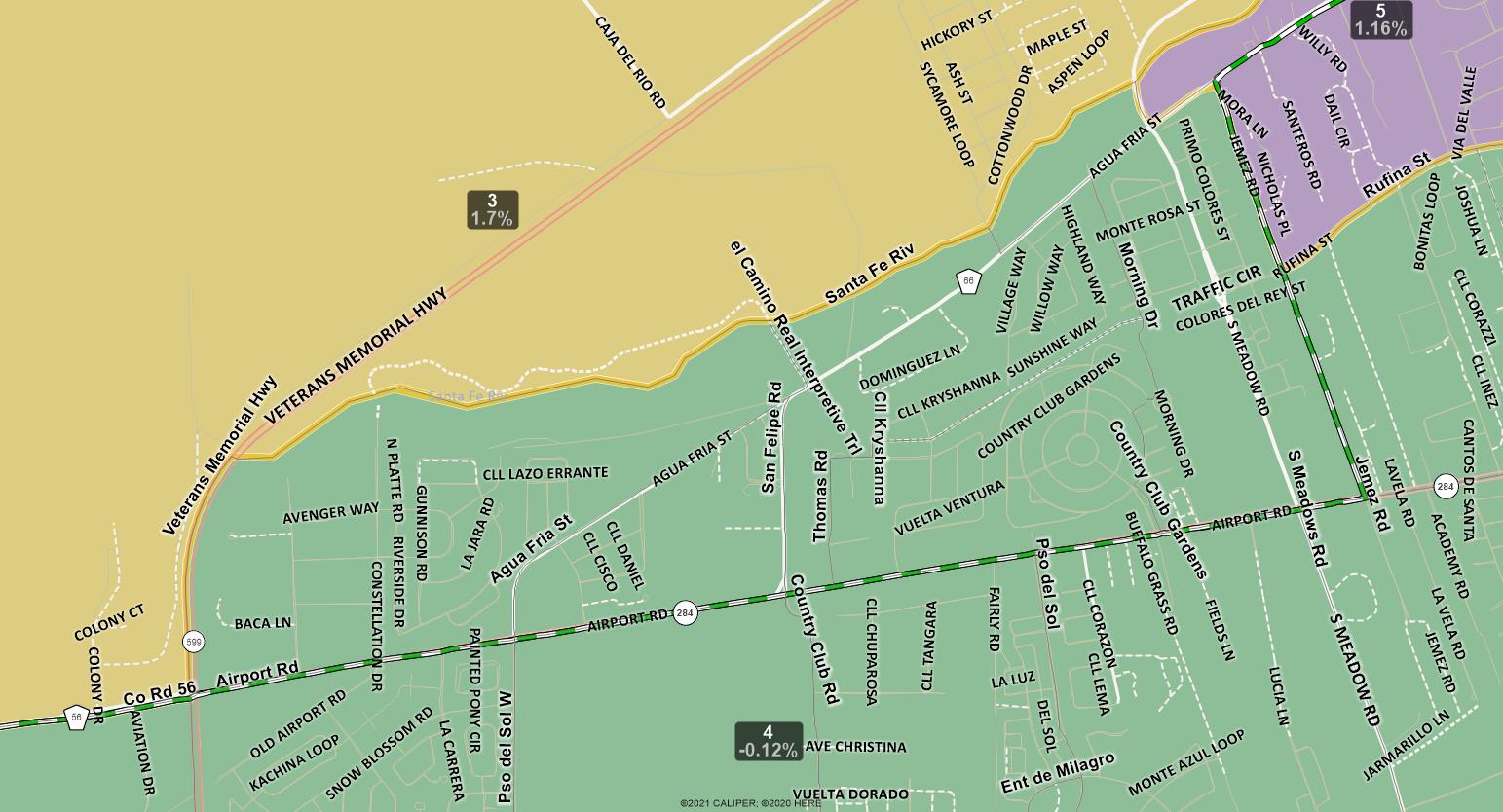 The object of Concept B is to minimally change the boundaries of current districts to equalize population while keeping more neighborhoods together and keeping boundaries between districts along major thoroughfares and features wherever possible.

Under Concept B, the Hyde Park neighborhood remains whole in District 3 and the southern boundary of District 3 follows the river, Agua Fria St, and Alameda St.

Both sides of Airport Rd are united in District 4 which stays west of Cerrillos.

The boundaries of District 2 do not change under Concept B.

The changes to current districts under Concept B are as follows: 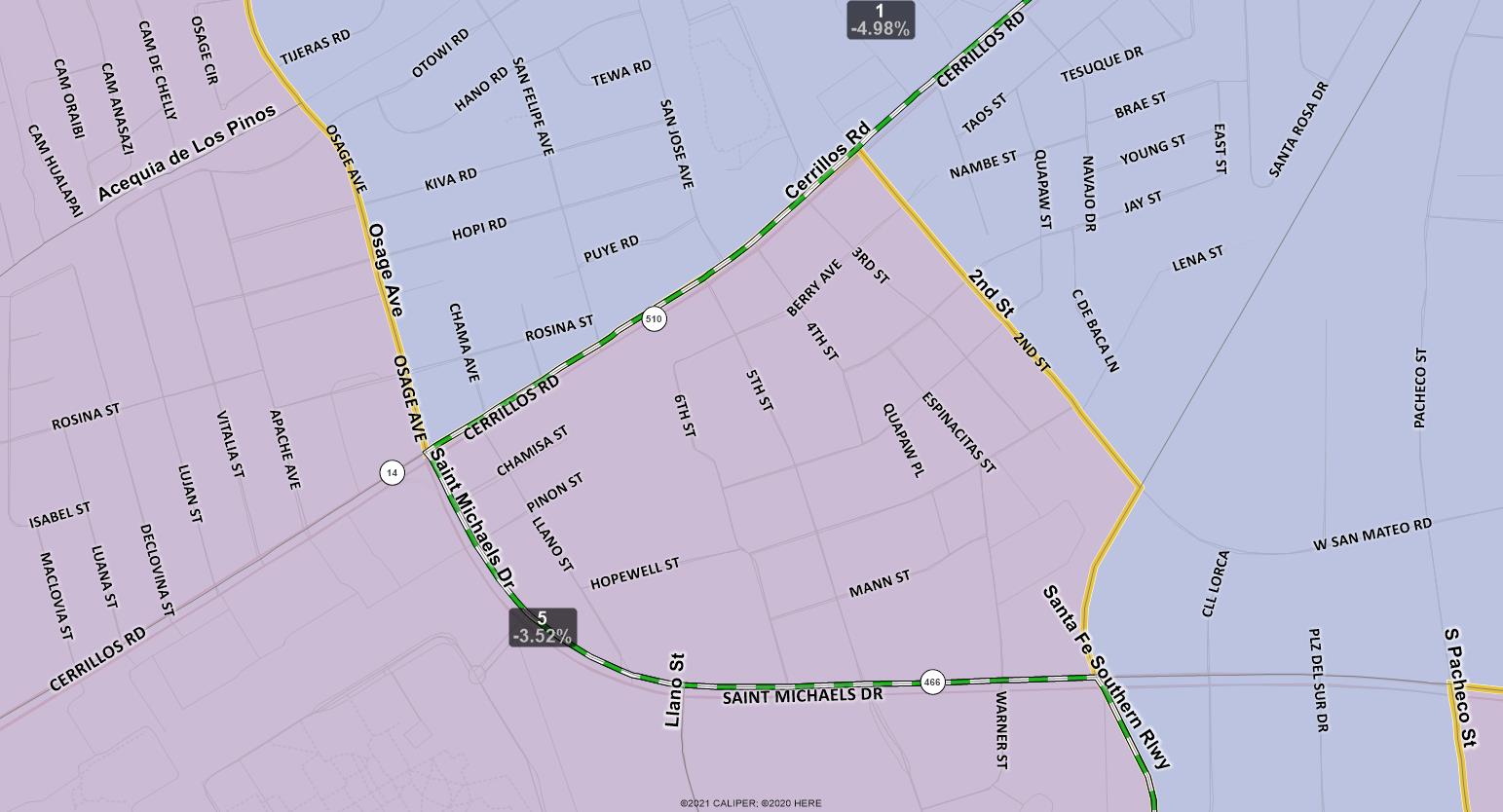 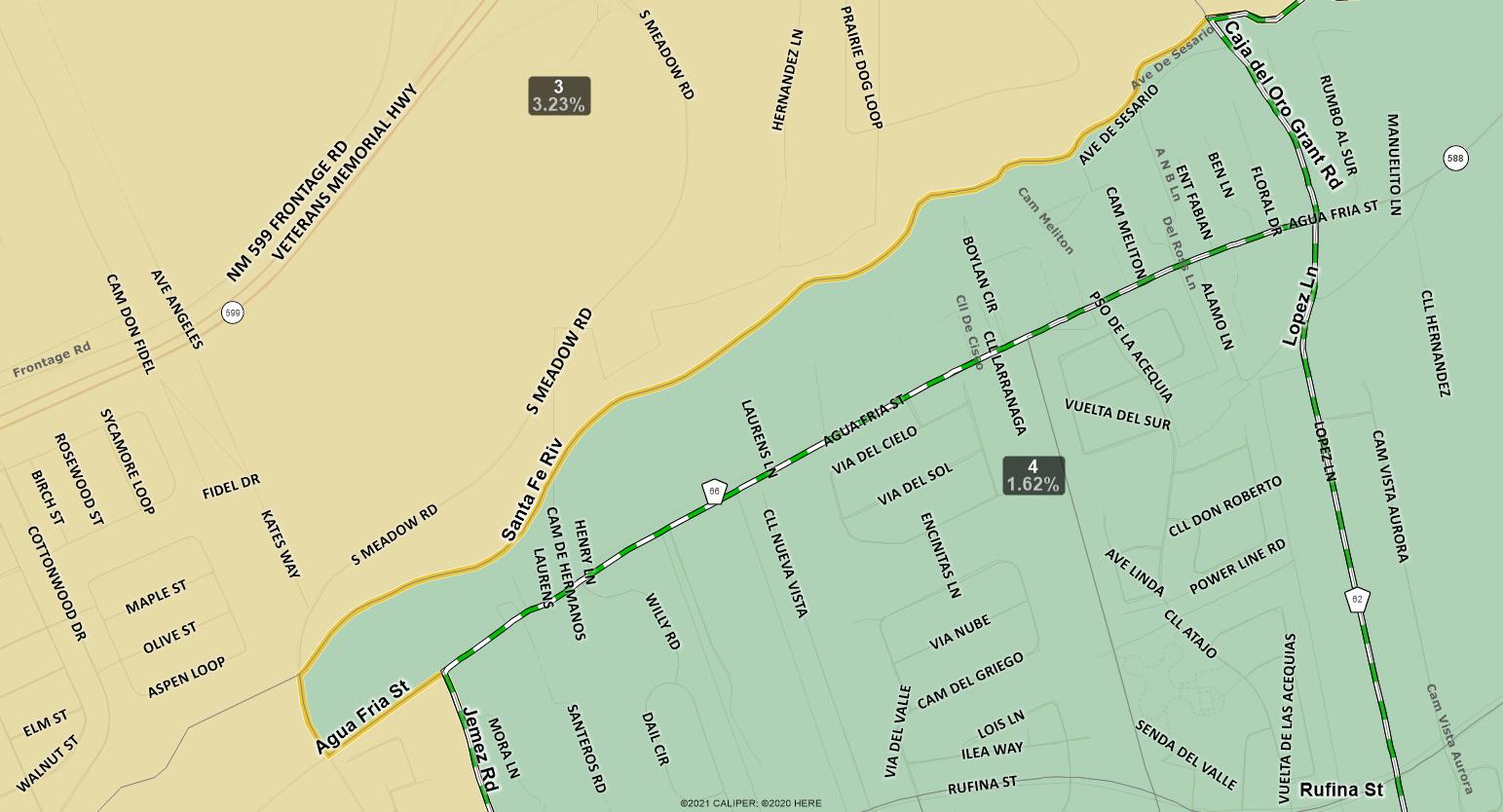 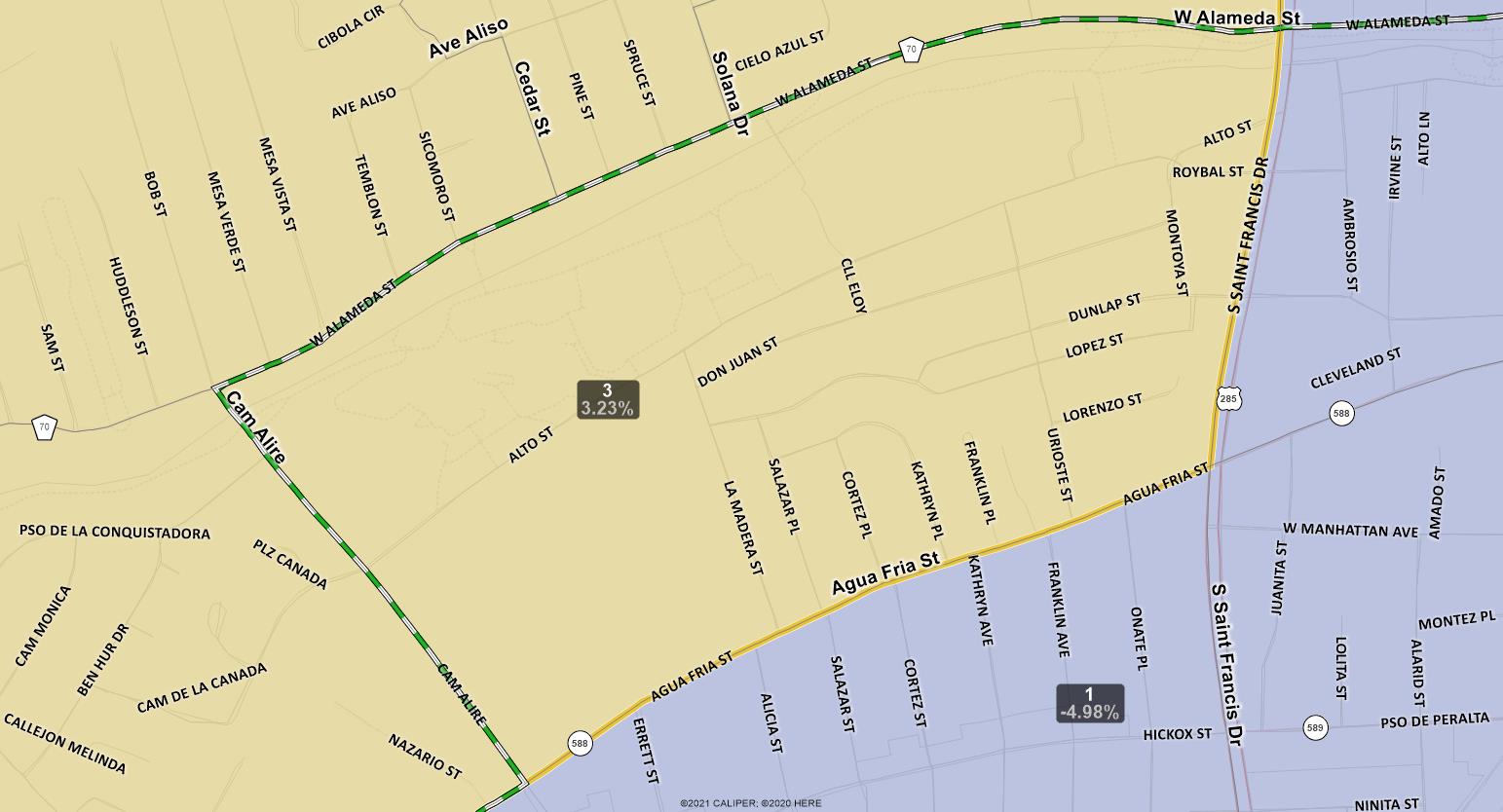 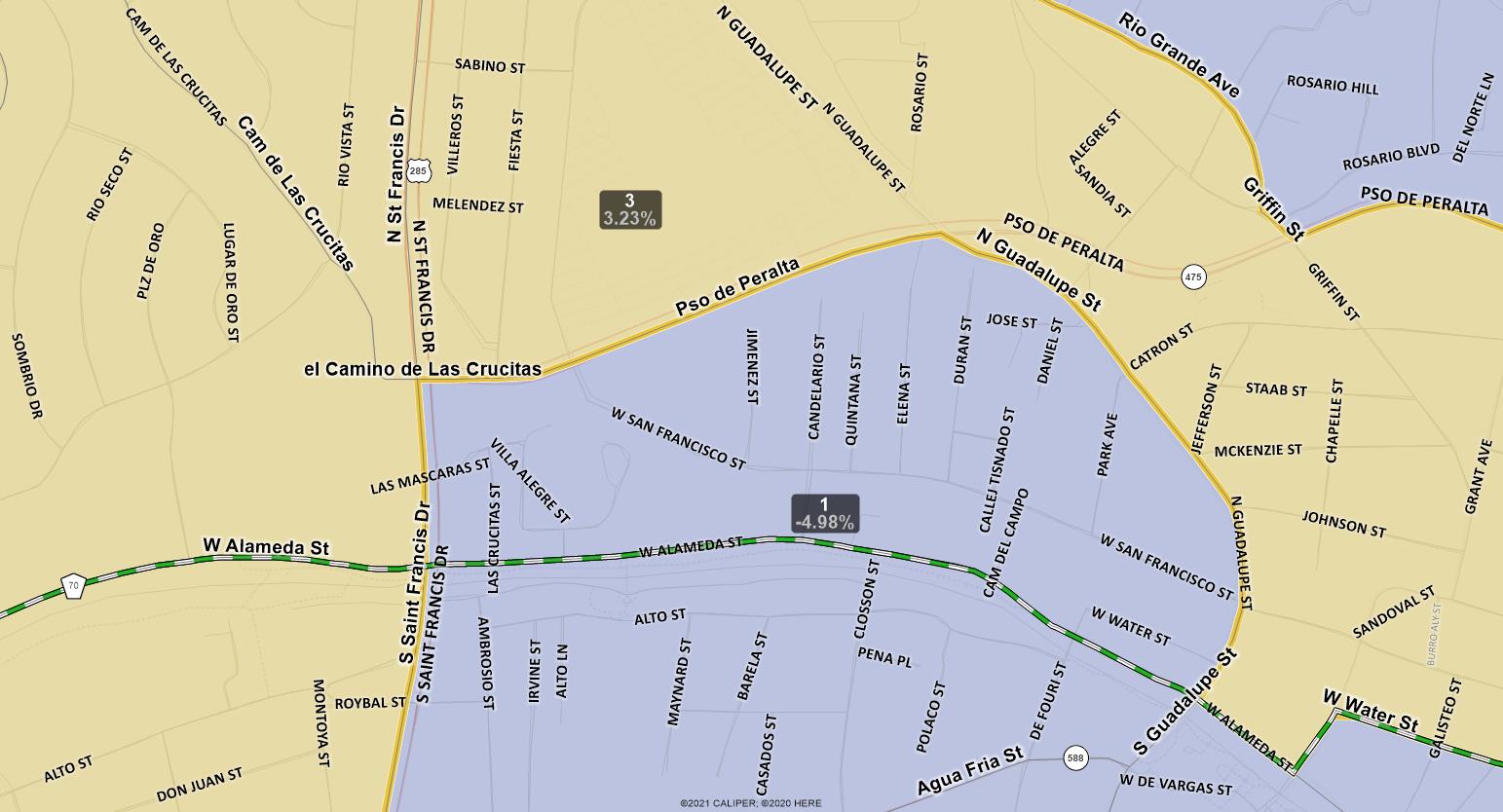 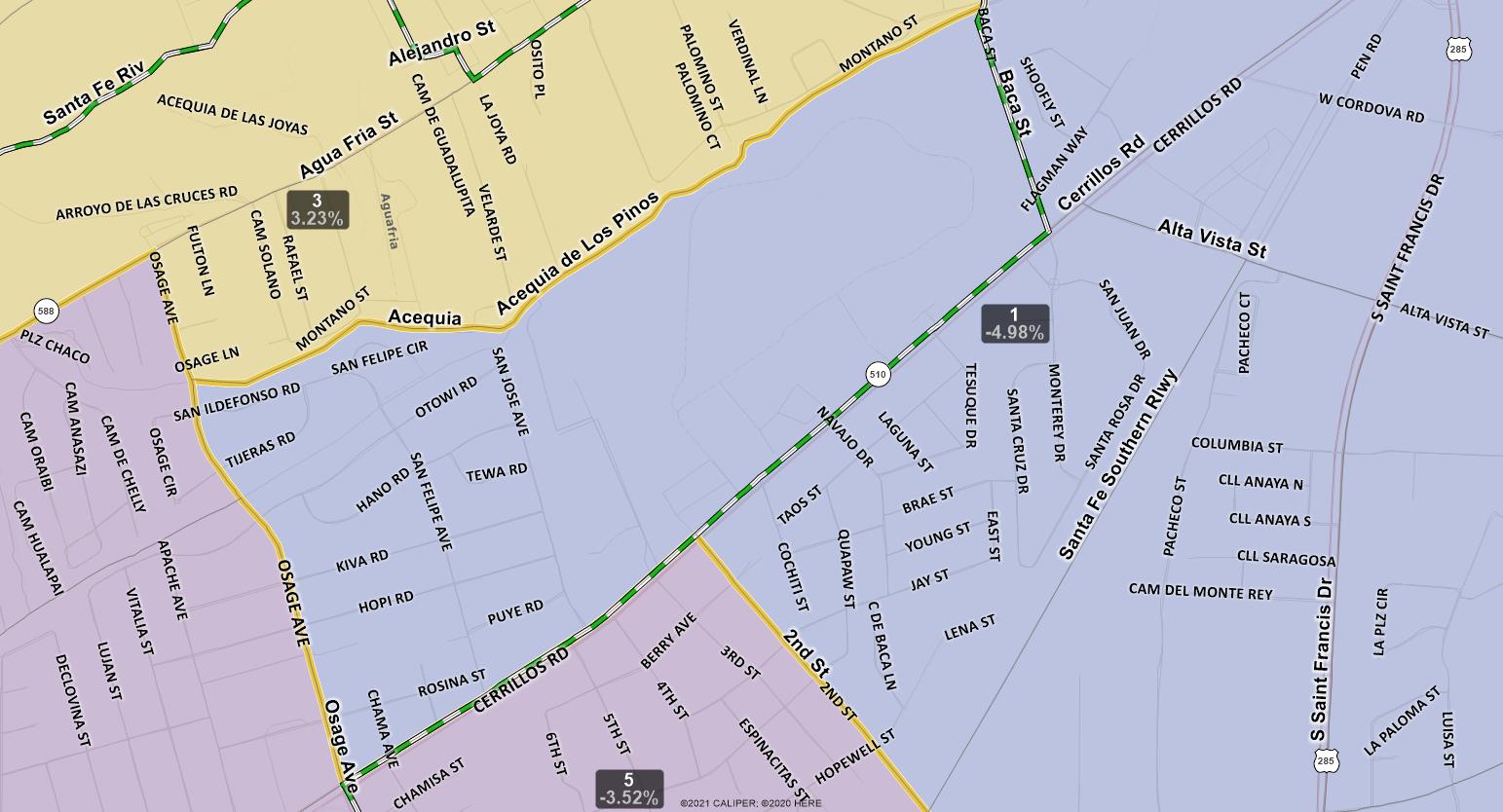 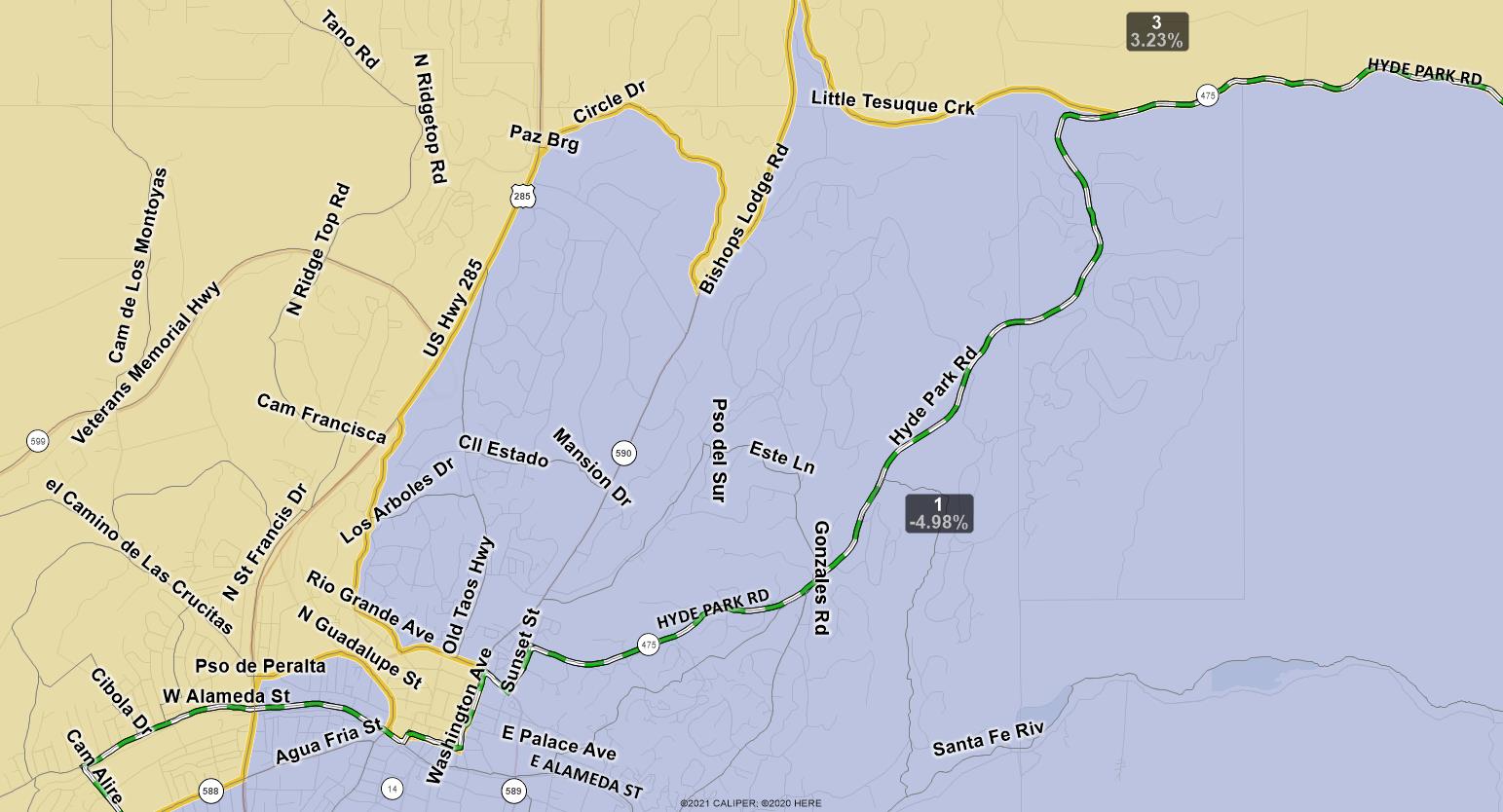 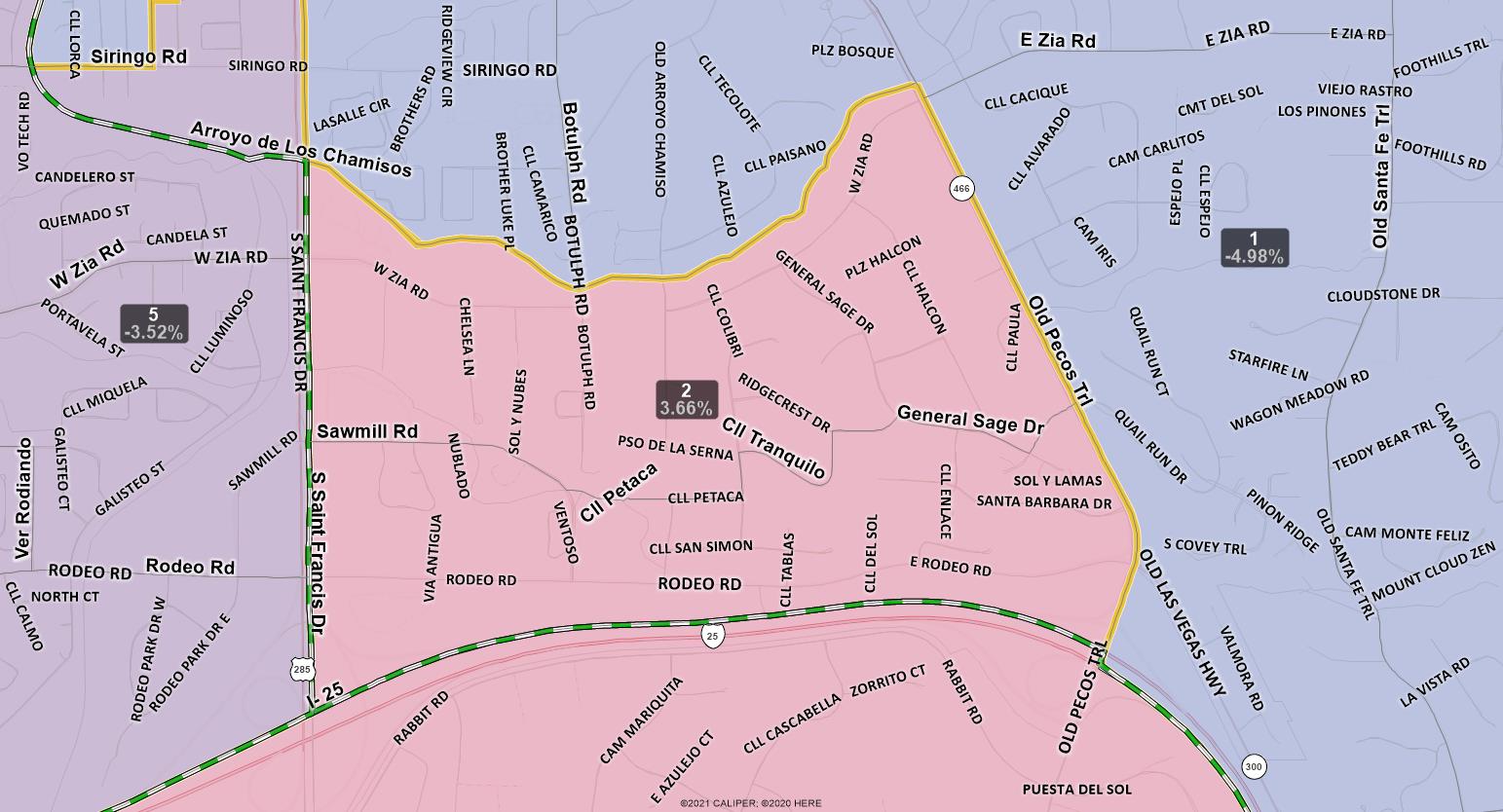 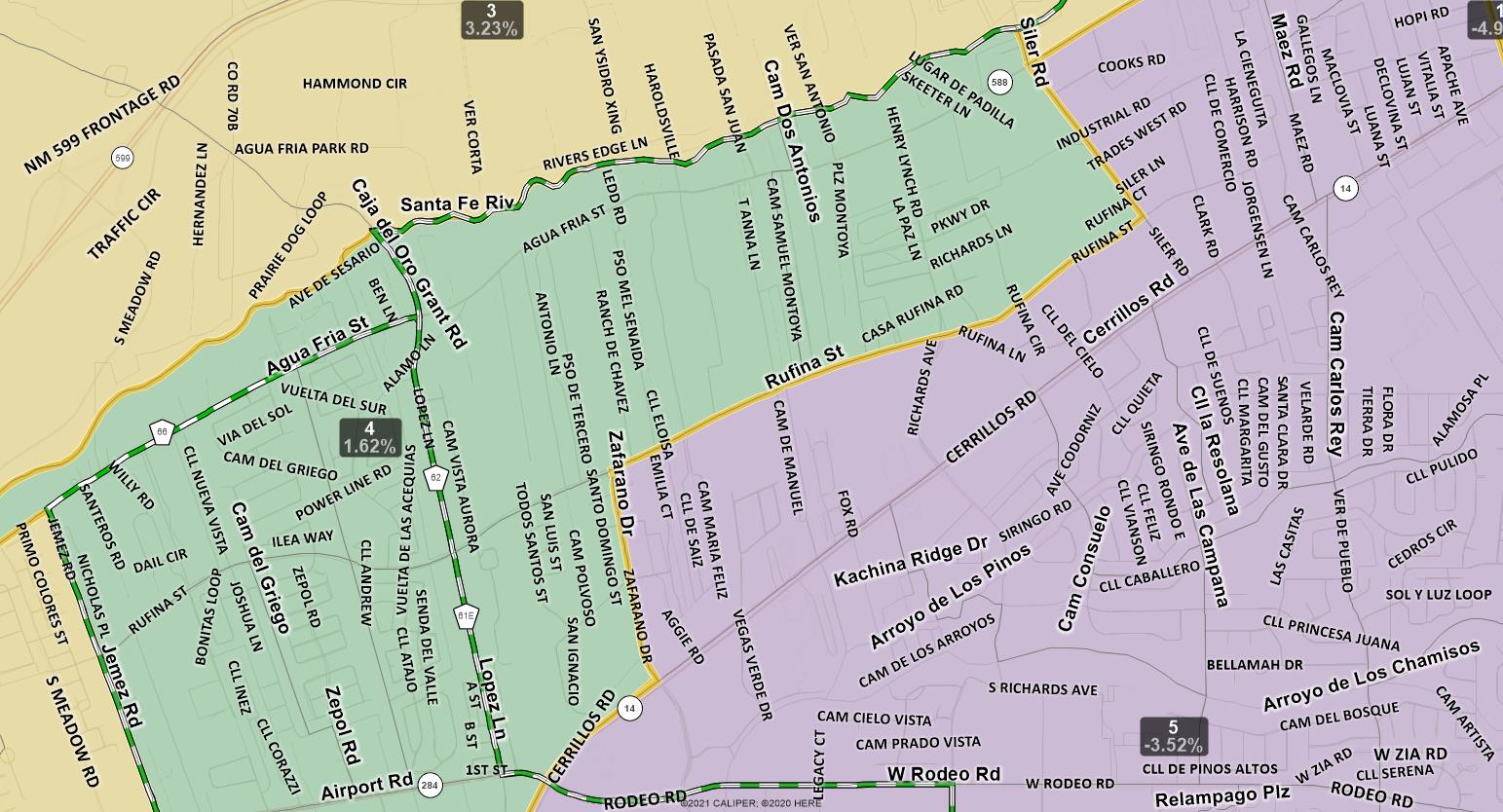 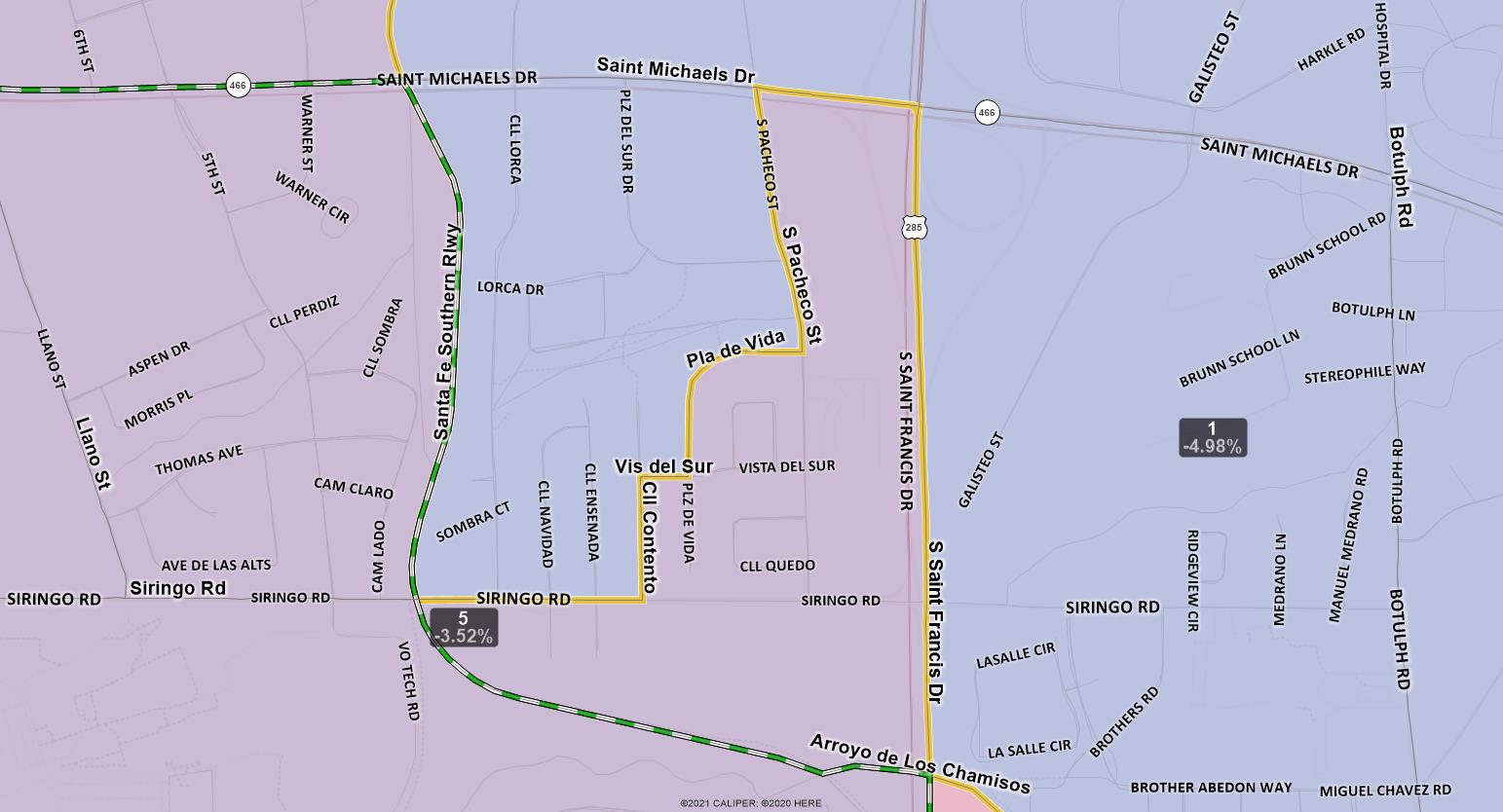 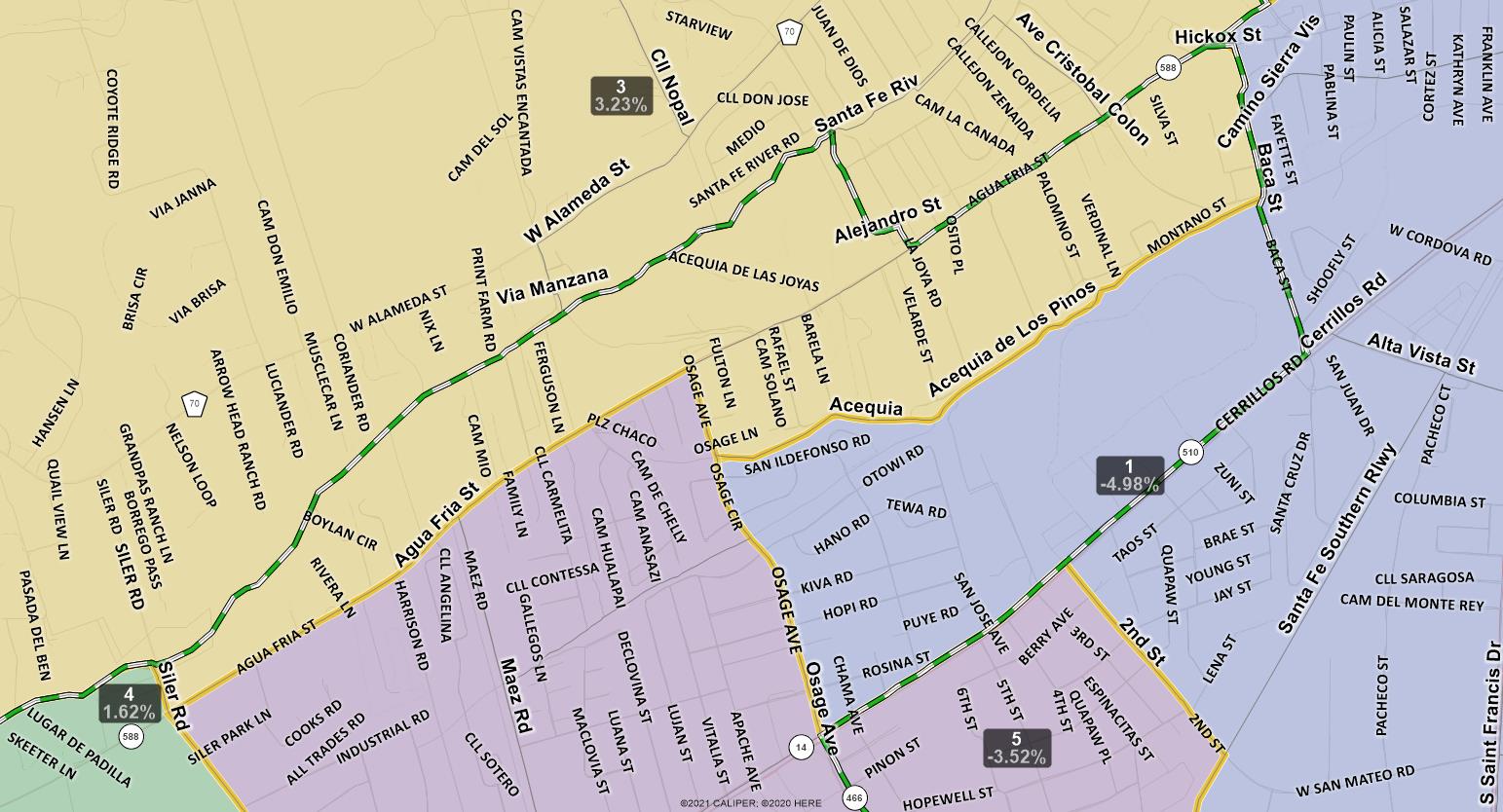 The objective of Concept C is to align board member districts with the schools they are assigned to represent.

District 2 moves north into the City of Santa Fe to pick up Desert Sage Academy. To offset losing population to District 2, District 5 takes on some additional population north and south of St Michaels but stays west of St Francis.

District 4 moves east to Siler Rd to pick up the Nye Early Childhood Center and the boundary between Districts 4 and 5 moves west from Richards Ave to Cerrillos Rd to offset that additional population.

The changes to current districts under Concept C are as follows: